Kindness is the single most significant quality that distinguishes us as humans. It marks our shared humanity.

This truth – confirmed by the wisdom of the ages and through the words of humankind’s deepest thinkers, religious leaders, philosophers, scientists – explains how humankind continues to survive and thrive. Through thousands of years and countless generations.

Of course there can be tension between individuals and social groups according to their different values and beliefs. But time and again the essential, social nature of womankind and mankind enables us to replace selfishness and even conflict with compassion and care through acts of kindness.

Why we need Kindness

Kindness is essential to human nature: it is part of our essence as humans – as every religion affirms.

It’s also essential to our survival – as scientists’ discoveries confirm.

Alarming headlines come and go. What endures is our natural instinct to practise kindness in many different ways: a smile, a helping hand, a gift – big or small – delivered, received and repeated every single day. We have collected many such stories from every corner of the world.

Kindness can break patterns in society by introducing this new element, creating unity and compassion.

Society 8,000 years ago was very different from the way it is today. Then the peoples of the Mediterranean Basin were enjoying a lush lifestyle. Living was easy, people few and food sources plentiful.

Archaeological evidence points towards informal family groups living peacefully together with no defensive walls. This matristic style of communal living was based on values traditionally regarded as feminine: nurture, care, co-operation and protection.

With the ending of the Ice Age the benign climate of North Africa along the Mediterranean coast and the Middle East started to become drier. The population was growing. Family groups began to compete for scarcer food resources – and to plan for the future, putting aside stores in times of plenty to provide for scarcity.

This demanded structure and organisation, replacing the matristic society with a patristic social structure, featuring male dominance and hostility to other groups. A form of madness came upon society, founded on the belief that if our group is right, the other group must be wrong, thus it is justified to kill the wrongness in order to preserve what we believe is right.

…but now, for the better

Interestingly, social trends show that we are heading back towards the way humans lived long ago – replacing a society based upon prestige, power, hierarchy, celebrity, exploitation and gratification. Modern thinking enables more and more people to see that the earlier version, where compassion, empathy and kindness were natural, is a better way to live.

Take the English words kin (noun: a group of people sharing a common ancestor) and kind (noun: a class of individuals or objects with common essential characteristics; or adjective: good by nature). All three words share ancient origins in the long-lost northern European word kunjam, meaning family. The last, which also means ‘deliberately doing good to others’, stems directly from the very old English word gecynde , which scholars define as natural or native.

So those who first spoke the English language thought that humans are instinctively good to one another – in short, that all men and women are essentially members of the same family.

The Kindness within you

The person we will be tomorrow and the person we were yesterday are going to be pretty much the same as the person we are today. Unless some external event or circumstance impacts us, we tend to just jog along from day to day, without achieving much personal change.

The events of our life to date profoundly influence the way we feel about things today and that in turn shapes our reaction to the things that may happen tomorrow. In effect, we could say that our personal history is running our life!

Is that the life we really want? In the majority of cases, the answer is “No!” Most of us do realise that there is potential within us for a better life.

An experiment a few years ago revealed that pretending to be happy actually caused happiness! People were asked to fix a cheesy grin on their face and hold the smile for as long as they could – whatever went on. The result was that they ended up feeling significantly happier than before simply because they stuck a grin on their face.

In other words, having a different attitude to life can be caused by an external event. 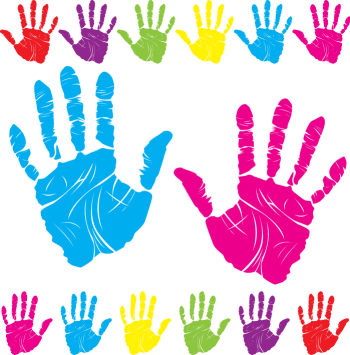